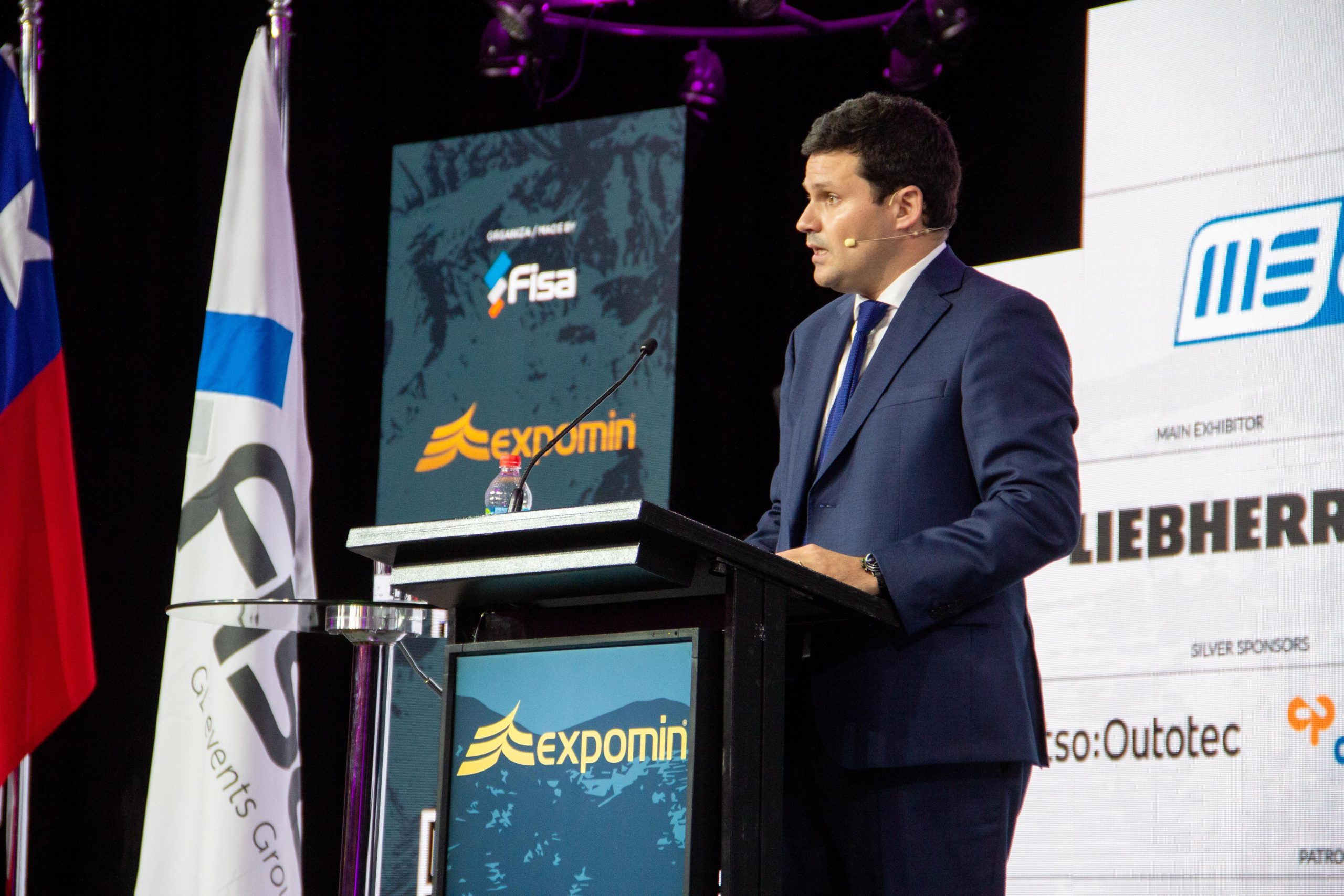 “The largest mining meeting returns with force in April 2023, being the reunion of the sector in Latin America”

The executive director of Expomin, Francisco Sotomayor, gave the main details of what will be the XVII version of the International Fair and Congress Expomin 2023, which will be held between April 24 and 27 for the first time in the new fairground Parque Fisa.

The executive director of Expomin, Francisco Sotomayor, gave the main details of what will be the XVII version of the International Fair and Congress Expomin 2023, which will be held between April 24 and 27 for the first time in the new fairground Parque Fisa. 1.- How are the preparations for Expomin 2023 going? Expomin is coming on strong in April 2023. We already have 22 country pavilions confirmed. This is because there has been a great interest in participating in this meeting, focused on national and Latin American mining, which will have a high number of participants, and an international congress that is taking shape with important speakers, in view of this new post-pandemic version in which we all want to meet again. 2.- Expomin will be held in a new venue. What are the advantages offered by Parque FISA? The qualities offered by the new venue are multiple. In October the construction fair, Edifica 2022, was held there, gathering more than 30 thousand people, and in November, Feria Fisa had more than 50 thousand visitors. The venue has large green areas, excellent places to eat presenting a wide gastronomic offer of high level, and above all with more than 5 thousand parking lots in the same enclosure that provides a very important comfort for visitors and exhibitors. In terms of transportation, we have a terminal within the venue for Transantiago and shuttle buses, which allows us to bring large delegations from factories, corporations and companies. In addition, it is just a few minutes from the international airport and close to a wide range of very interesting hotels, with more than 1,200 beds in the surrounding area. This facilitates access for regional and international visitors. 3.- What are the novelties that will distinguish Expomin 2023 from previous editions? There are many. At Expomin we have been working for more than a decade on inclusion issues, associated with the role and prominence of women in the mining sector. That is why we are very happy that, together with Woman in Mining, we are co-organizing the first Women in Mining world forum with the participation of their associations from many countries around the world. On the other hand, Sonami is working on the call for the Mining of the Americas meeting. We also highlight the close collaboration that we are establishing with the Association of desalination companies ACADE and other institutions on the prominence that desalination has taken in mining sites, and the importance of renewable energy and the potential it is taking, increasingly stronger in conjunction with green hydrogen in the industry. Such is the importance and strength that has taken is that we have decided as Fisa to organize the first Hydrogen fair in Chile, HyVolution, which has been developed for more than 6 years in Paris, and that comes to complete the portfolio of trade fairs and networking that we offer for the mining and energy sectors. This will be held from June 28 to 30, 2023 in Metropolitan Santiago, and will be complemented by environmental issues that we will deal with in Expomin. In addition, we will have multiple brands that will be launching products. One that we can highlight is EPIROC, which will be making major announcements and launches related to electromobility, and many other actors that will be great technological demonstrations within the framework of the 2023 fair. 4.- Within the program considered, what activities and authorities are confirmed to be part of next year? As is customary and a tradition, the Minister of Mining, Marcela Hernando, has been confirmed as honorary president of the fair, which was ratified at a networking breakfast held a few months ago, with the presence of the main players in the sector. We are also strengthening a very strong collaboration with ProChile and InvestChile, for the business roundtable and investment attractions in Chilean mining, with a very important presence of the public sector, including Corfo, giving continuity to what has been the work around innovation issues, and also the presence of startups. This year, we have strongly taken on the role of corporate social responsibility at the level of Fisa and Expomin, in order to provide opportunities at no cost to national startups that are innovating and pushing the industry strongly. And of course, we have a strong support to the unions and institutions, such as Sonami, Consejo Minero, Aprimin, and all the members of the mining commitment, of which we are part, looking together how to highlight the themes that are coming in Expomin 2023. 5.- Now without restrictions on mass events due to the health crisis, how do you perceive the interest that has been seen in the last mining meetings? What are the expectations for the next Fair? Now without restrictions, we have seen that 2022 has been a year of recovery in the world of trade fairs, although a little slowly, not only in mining, but in all other sectors, due to the uncertainty of how this year would be in terms of pandemic behavior and sanitary restrictions. But today we can look forward to 2023 with a lot of enthusiasm. We are very confident that we will be able to reach 1,200 – 1,300 exhibiting companies, as was customary in previous versions such as 2018. This year we have visited and been part of different fairs around the world, among them, Fexmin, Exposibram Bello Horizonte, and Expomina Peru, being excellent instances to meet again with different companies and international authorities, calling them to be part of this great meeting that comes with great force in April 2023, and that represents a unique platform for all Latin American mining.